Starting our 2013 adventure on NB Parrindi

Well we're back in the UK for the  2013 adventure on NB Parrindi.

Spent the first few days with the family in London.   It was soooo cold and wet. Even thought it was going to snow one day.   The girls have grown up so much and we saw lots of changes since last August.   They are gorgeous but kept us on our toes. 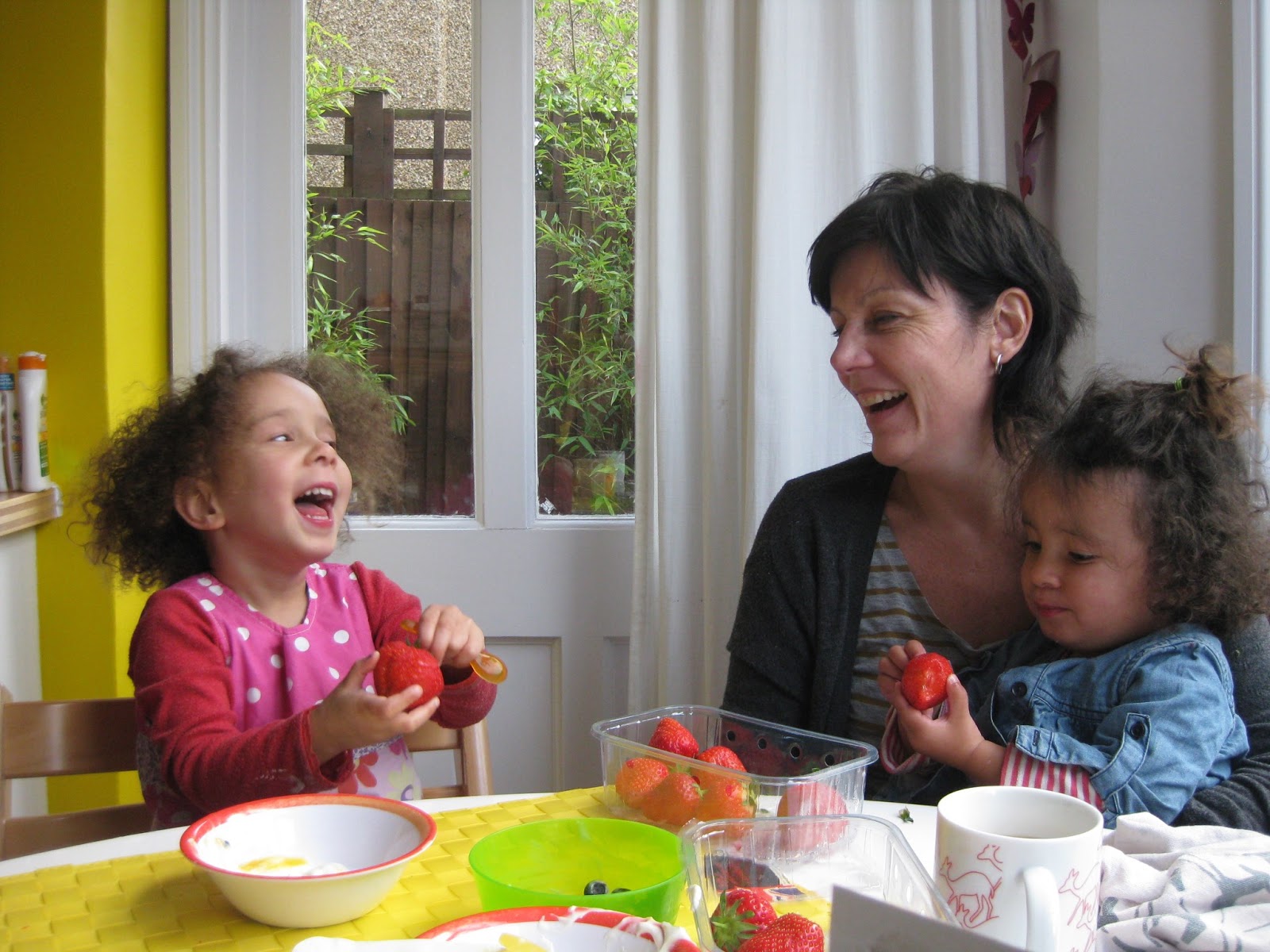 We managed to go to a West End Show this time.  Saw 'Top Hat' - a Fred Astaire/Ginger Rogers type musical.     Great show but we think we were the youngest ones there - it was an afternoon matinee and was full of nursing home old folk with walkers, wheelchairs and sticks!

Sunny on Saturday so we hired a car and left London to go to the big Crick boat show.  Much drier underfoot than when we were there last year.  After doing the Show we managed to find our marina nearby late in the day and caught up with our boat again.

Thought the insides  might be covered in mould after the long wet winter but everything was perfect, including the alterations the marina staff had made to the dinette area and back steps. 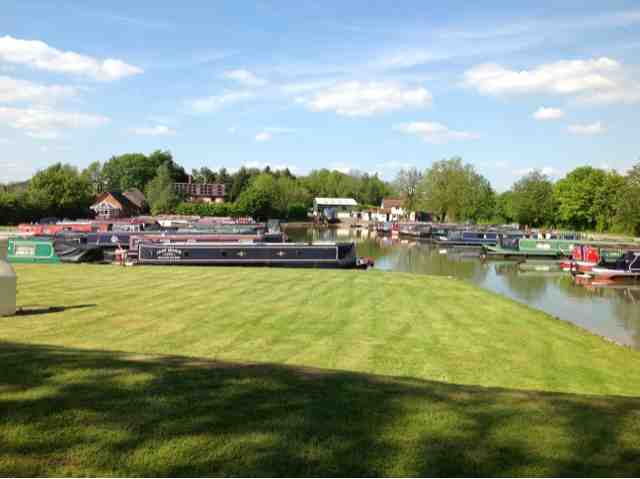 Welton Hythe Marina where the boat was moored for Winter
Spent a few days re-stocking the boat then took off on the LeicesterCanal.   Passed through the Watford Locks -  very busy - then had a lovely Sunday lunch (Terry's birthday) at The Moorings on the canal at Crick.   We then headed off again on the canal towards Leicester for a couple of nights (beautiful farming country)then it was back to our marina to have some new carpet fitted. 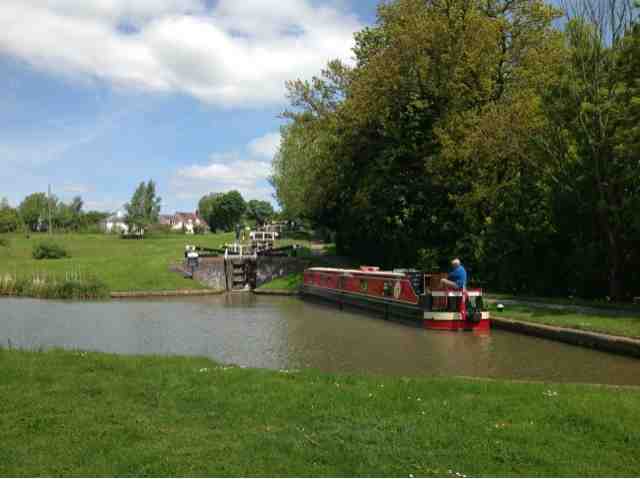 Waiting to go up the Watford flight of 7 locks 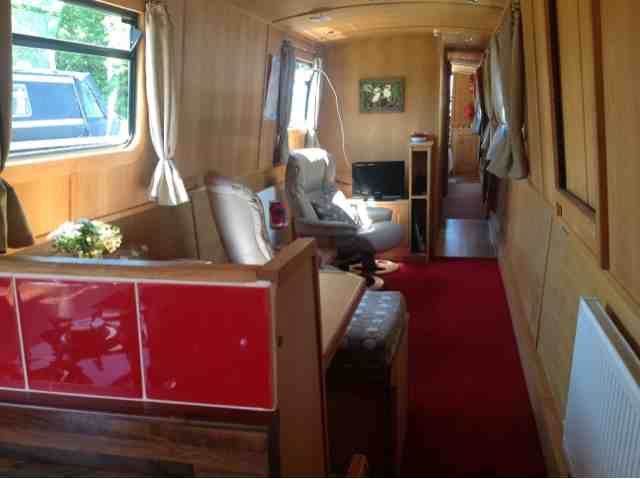 The new RED carpet and kitchen tiles
We're back on the same canal but this time will go further and spend some time at Market Harborough which everyone says is a lovely town.

Beautiful sunny days with blue skies and more predicted.....so we hope it continues.